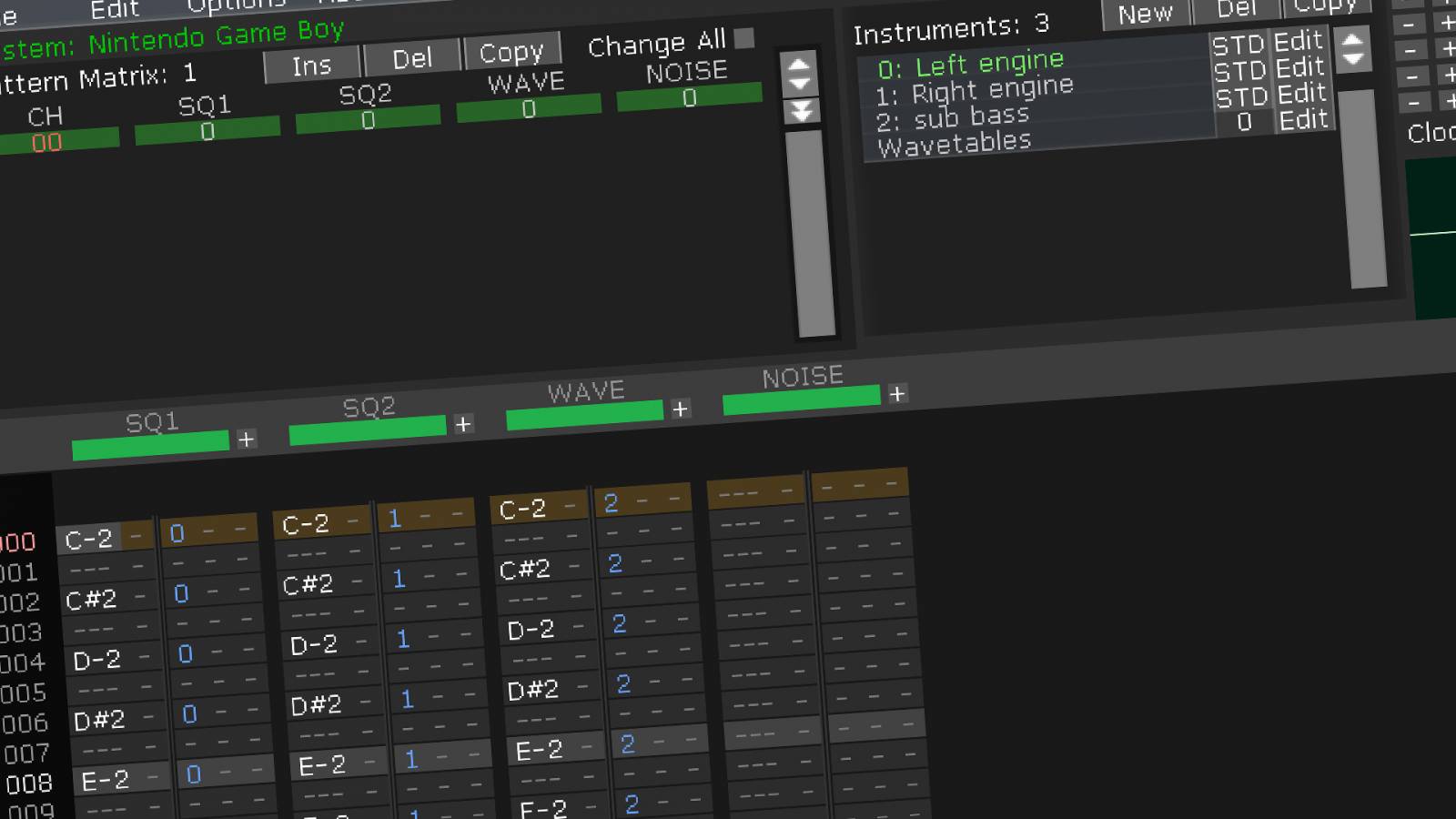 Over the course of the last three years (maybe more) many people asked me why the game had no music nor sounds in the small clips I uploaded on Twitter. The main reason for the complete silence in the clips was that The Nexatli Expedition is a one-man team game. I was already very busy with graphics and code and I'm not confident enough in my composition skills to even attempt to write a score.

As it stands now, I resorted to opengameart.org to download some Creative Commons chiptunes that somewhat fitted the mood and pace of the game, but they are in no way final. While it may appear as an afterthought, I actually had a precise idea of what kind of music I wanted in the game. In the following lines I'll explain in detail how I'm going to handle music from this point onward.

In the demo there are 6 tracks: one for each area, one for the title and one for the boss battle. That's enough to fill the empty void of sound but they're not stylistically what I'm looking for. Since the game is set in the early 40s, and has an early-cinema aesthetic, the music should also fit this theme. I think electro swing is a genre that can match well both the pace and style of the game and lends itself to the restrictions that will be applied to the sound. If you don't know what electro swing is, have a listen to these tracks:

Now, this sound quality is excessive for a game that wants to mimic the GameBoy feel, so swing will need to be translated into chiptune. This is an example:

Of course, there shouldn't be sounds associated to other consoles, but this is different from saying that the music should just be GameBoy chiptune. The GameBoy only has two square channels, a wave channel and a pseudo-random noise channel. Those will have to do. However, I'm not saying 4 channels is the limit. You can stack any number of square waves you want, detune them, add reverb, a low-pass filter and anything else that comes to your mind as long as the GameBoy sounds lay the ground. The graphics follow the same philosphy. All tiles and sprites are made from black, white and two shades of grey, but they have transparency, glow, anti-aliasing, rotation and much more. As long as the 4 colors remain, the feeling also stays. The music should follow the same principle.

If you're a composer and you'd like to challenge yourself to write a 30-60 seconds loopable piece to be included in the demo now's the time to do it. Now you might say "I don't work for exposure", and you would be absolutely right. If you feel you should be compensated for your work I second you and you should not press a single key on your favourite midi device.

However, the demo is free, and I always intended it to be this way. I don't get a single Euro from downloads, ads or anywhere else. This has been my passion project for more than five years and I've got nothing to gain from it beside exposure. If you'd like to participate in the project, share that exposure and, I stress it, only if you would enjoy to do it, I'd gladly accept music submissions to replace the 6 tracks of the demo.

The music you will write will absolutely only be used in the demo, and it will remain free. The full game will feature different locations and will require mostly different music. In the event your tracks are suitable in the full game as well you will be compensated accordingly as soon as a price has been set, and you will be able to refuse to have your music used in the game if you don't agree with the terms.

If you want to participate or need more information join the official Discord and look for the music channel.